What is Hyperthyroidism (Overactive Thyroid)?

Hyperthyroidism, often referred to as an overactive thyroid, is a condition in which the thyroid gland produces and secretes excessive amounts thyroid hormone, triiodothyronine (T3) and/or thyroxine (T4). Graves’ disease is the most common cause of hyperthyroidism. This disorder occurs in almost one percent of all Americans and affects women five to ten times more often than men.

What are the Features of Hyperthyroidism?

• Fast heart rate, often more than 100 beats per minute
• Becoming anxious, irritable, argumentative
• Trembling hands
• Weight loss, despite eating the same amount or even more than usual
• Intolerance of warm temperatures and increased likelihood to perspire
• Loss of scalp hair
• Tendency of fingernails to separate from the nail bed
• Muscle weakness, especially of the upper arms and thighs

• Loose and frequent bowel movements
• Smooth skin
• Change in menstrual pattern
• Increased likelihood for miscarriage
• Prominent “stare” of the eyes
• Protrusion of the eyes, with or without double vision (in patients with Graves’ disease)
• Irregular heart rhythm, especially in patients older than 60 years of age
• Accelerated loss of calcium from bones, which increases the risk of osteoporosis and fractures

What are the Causes of Hyperthyroidism?

Graves’ disease (named after Irish physician Robert Graves) is an autoimmune disorder that frequently results in thyroid enlargement and hyperthyroidism. In some patients, swelling of the muscles and other tissues around the eyes may develop, causing eye prominence, discomfort or double vision. Like other autoimmune diseases, this condition tends to affect multiple family members. It is much more common in women than in men and tends to occur in younger patients.GRAVES’ DISEASE

Multiple nodules in the thyroid can produce excessive thyroid hormone, causing hyperthyroidism. Typically diagnosed in patients over the age of 50, this disorder is more likely to affect heart rhythm. In many cases, the person has had the goiter for many years before it becomes overactive.

Five to ten percent of women develop mild to moderate hyperthyroidism within several months of giving birth. Hyperthyroidism in this condition usually lasts for approximately one to two months. It is often followed by several months of hypothyroidism, but most women will eventually recover normal thyroid function. In some cases, however, the thyroid gland does not heal, so the hypothyroidism becomes permanent and requires lifelong thyroid hormone replacement. This condition may occur again with subsequent pregnancies.

This condition may follow a viral infection and is characterized by painful thyroid gland enlargement and inflammation, which results in the release of large amounts of thyroid hormones into the blood. Fortunately, this condition usually resolves spontaneously. The thyroid usually heals itself over several months, but often not before a temporary period of low thyroid hormone production (hypothyroidism) occurs.

A single nodule or lump in the thyroid can also produce more thyroid hormone than the body requires and lead to hyperthyroidism. This disorder is not familial.

Transient (temporary) hyperthyroidism can be caused by silent thyroiditis, a condition which appears to be the same as postpartum thyroiditis but not related to pregnancy. It is not accompanied by a painful thyroid gland.

Various sources of high iodine concentrations, such as kelp tablets, some expectorants, amiodarone (Cordarone, Pacerone – a medication used to treat certain problems with heart rhythms) and x-ray dyes may occasionally cause hyperthyroidism in patients who are prone to it.

Patients who receive excessive thyroxine replacement treatment can develop hyperthyroidism. They should have their thyroid hormone dosage evaluated by a physician at least once each year and should NEVER give themselves “extra” doses.

How is Hyperthyroidism Diagnosed?

Characteristic symptoms and physical signs of hyperthyroidism can be detected by a physician. In addition, tests can be used to confirm the diagnosis and to determine the cause.

How is hyperthyroidism Treated?

Before the development of current treatment options, the death rate from severe hyperthyroidism was as high as 50 percent. Now several effective treatments are available and, with proper management, death from hyperthyroidism is rare. Deciding which treatment
is best depends on what caused the hyperthyroidism, its severity, and other conditions present. A physician who is experienced in the management of thyroid diseases can confidently diagnose the cause of hyperthyroidism and prescribe and manage the best treatment
program for each patient.

Antithyroid drugs may cause an allergic reaction in about five percent of patients who use them. This usually occurs during the first six weeks of drug treatment. Such a reaction may include rash or hives; but after discontinuing use of the drug, the symptoms resolve within one to two weeks and there is no permanent damage. A more serious effect, but occurring in only about one in 250-500 patients during the first four to eight weeks of treatment, is a rapid decrease of white blood cells in the bloodstream. This could increase susceptibility to serious infection. Symptoms such as a sore throat, infection, or fever should be reported promptly to your physician, and a blood cell count should be done immediately. In nearly every case, when a person stops using the medication, the white blood cell count returns to normal.

Very rarely, antithyroid drugs may cause severe liver problems, which can be detected by blood tests or joint problems characterized by joint pain and/or swelling. Your physician should be contacted if there is yellowing of the skin (“jaundice”), fever, loss of appetite, or abdominal pain.

Iodine is an essential ingredient in the production of thyroid hormone. Each molecule of thyroid hormone contains either four (T4) or three (T3) molecules of iodine. Since most overactive thyroid glands are quite hungry for iodine, it was discovered in the 1940’s that the thyroid could be “tricked” into destroying itself by simply feeding it radioactive iodine. The radioactive iodine is given by mouth, usually in capsule form, and is quickly absorbed from the bowel. It then
enters the thyroid cells from the bloodstream and gradually destroys them. Maximal benefit is usually noted within three to six months.

It is not possible to eliminate “just the right amount” of the diseased thyroid gland, since radioiodine eventually damages all thyroid cells. Therefore, most endocrinologists usually strive to completely destroy the diseased thyroid gland with a single dose of radioiodine. This results in the intentional development of an underactive thyroid state (hypothyroidism), which is easily, predictably and inexpensively corrected by lifelong daily use of oral thyroid hormone
replacement therapy.

Although every effort is made to calculate the correct dose of radioiodine for each patient, not every treatment will successfully correct the hyperthyroidism, particularly if the goiter is quite large and a second dose of radioactive iodine is occasionally needed.

Thousands of patients have received radioiodine treatment, including former President of the United States George Bush and his wife, Barbara. The treatment appears to be a very safe, simple, and reliably effective one. Because of this, it is considered by most thyroid specialists in the United States to be the treatment of choice for hyperthyroidism cases caused by overproduction of thyroid hormone.

Radioactive iodine treatment should never be given to a pregnant woman!

Small amounts of radioactive iodine will also be excreted in breast milk. Since radioiodine could permanently damage the infant’s thyroid, breast-feeding is not allowed. If radioiodine is inadvertently administered to a woman who is subsequently discovered to be pregnant,the advisability of terminating the pregnancy should be discussed with the patient’s obstetrician and endocrinologist. Therefore, prior to administering diagnostic or therapeutic radioiodine treatment, pregnancy testing is mandatory whenever pregnancy is possible.

SURGICAL REMOVAL OF THE THYROID

Although seldom used now as the preferred treatment for hyperthyroidism, operating to remove most of the thyroid gland may occasionally be recommended in certain situations, such as a pregnant woman with severe uncontrolled disease in whom radioiodine would not be safe for the baby. Surgery usually leads to permanent hypothyroidism and lifelong thyroid hormone replacement therapy.

A drug from the class of beta-adrenergic blocking agents (which decrease the effects of excess thyroid hormone) may be used temporarily to control hyperthyroid symptoms until other therapies take effect. In cases where hyperthyroidism is caused by thyroiditis or excessive ingestion of either iodine or thyroid hormone, this may be the only type of treatment required.

Appropriate management of hyperthyroidism requires careful evaluation and ongoing care by a physician experienced in the treatment of this complex condition. 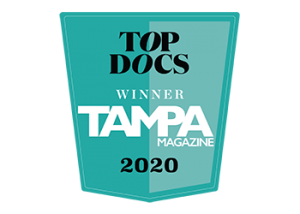